In today’s live Facebook broadcast titled “The truth crushed to earth will rise again”, Umbrella for Democratic Change (UDC) President- Duma Gideon Boko has lamented that their petitions failed due to the rigged judicial system.

“The criteria used to select Judges for our election petitions is questionable, some of the Judges did not even have experience,some just appointed to the bench. What was it about? This is the question that arises. And this is the question that goes to the very heart of the credibility of the judicial process. We were complaining about rigged elections, now we faced rigged judicial system where justice is not manifestly seen to be done.” Boko charged.

According to Boko, the Judges who were to adjudicate their petitions were handpicked by the system, and it is those same very handpicked judges that gave the verdict that petitions should be dismissed.

After the failure is of the election petitions, the UDC vowed to conduct a public people’s court to present to the nation their evidence of election rigging. Thus far that has not materialized. Corona Virus Disease (COVID-19) is said to be the underlying factor for the delay.

“We faced logistical nightmares because of COVID, some of our witness got ill,some like our forensic expert are in South Africa, we couldn’t roll out the people’s court as planned, but it will come in some shape and form, we are documenting the evidence and we will share it with everyone and the international community” he asserted.

Boko and the UDC are convinced that the Directorate on Intelligence and Security (DIS) was instrumental on the rigging of election. They also say the intelligence and the taxman were used to harass them in the run-up to elections. 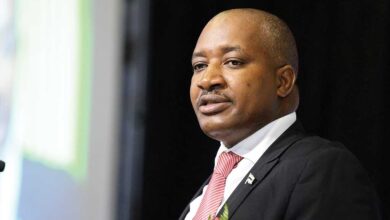 Right to Education over right to life?