Most women want to get married at some point in their lives, but sometimes men are really dragging their feet and require a little extra push. If you feel you’re not getting any younger and you’re ready for marriage, you can initiate some steps to get a guy to propose naturally without being obvious. After all, if you’re in love with each other, there’s absolutely nothing wrong with making the first subtle move. 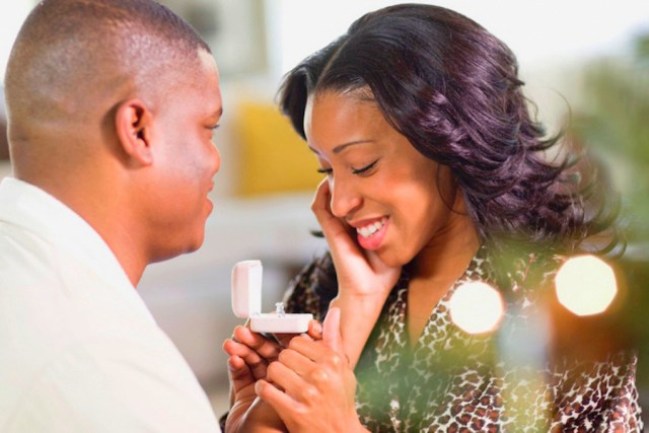 Every relationship is different, and many couples who got engaged after being together for just a year or two can have marriages that are just as successful as those of couples who waited five or ten years to get married. If it’s not the right time in your man’s life, then it doesn’t matter how long you’ve been together.

To avoid overwhelming your boyfriend, you should start by being subtle and build your way up to talking about your own marriage. You should start by casually bringing up a conversation about marriage that doesn’t directly involve your marriage.

3. Mention Your Future Together.

Subtly start making comments that allude to you being together in the future, whether you’re married or not. If he isn’t responsive to the indirect approach, start slowly making it more direct with phrases like, “if we stay together,” “if we live together,” and later, “if we get married.”

If you think that your man has been waiting for the perfect time to make the right move, then suggest that it’s time that you go on vacation. Make sure that you plan it far enough away at least two or three months so your man has time to think of it as a potential place to propose.

5. Let Him See You As Wife Material.

You should let him see you as wife material, as the woman who will be his lifelong partner and potentially the mother of his children. So, show him that you’d make a great wife as well as a fun girlfriend. Let him see that you’re independent and career-oriented while also knowing how to take care of him when he’s sick and stuff.

6. Have Your Own Male Friends.

Always make him secure, but drop some hints about the guys who are after your affection. By letting him realize that there are several other guys after you, you’re making him realize that even though you love and care for him very much, you are still not a soft touch. A man will realize your worth only when he thinks you’re a prize he needs to fight for.

Avoid talking so much about weddings if he hasn’t actually proposed. He might panic and over-think about things. Don’t go on and on about this perfect venue, the designer dress you like and how much you’re going to need for the catering. Unless he’s a rich guy, chances are your lavish plans could scare him off a little.

8. Enjoy The Company Of Your Married Friends.

Hang out with your happily married friends, especially on occasions when he can feel the importance of celebrating with a family of his own. Let your friends help him appreciate marital life and realize there’s nothing to fear about it.

9. Have A Frank Conversation.

You have to know where both of you see your future. Do you see yourself together? If not, it’s probably best to reconsider your plans. If he cannot see himself with you now and you wish to get married, then the alarm bells should be ringing in your head. In case he says he’s unsure about marriage, that doesn’t mean you leave but you certainly need to go a little slower.

Men are much more interested in women who are confident and independent than women who serve their every need and will drop everything just to pamper and feed them , especially if they’re only doing it because they think it’ll make him more likely to propose.