Breaking up is a hard thing to do. So maybe that’s why people give so many bad excuses for it. Some are so good at it that they make you feel as the guilty one and you will think their going away is in fact your fault.The following list will help you to see, if indeed the person is leaving for a good reason, or its just a lame excuse because they found someone better. 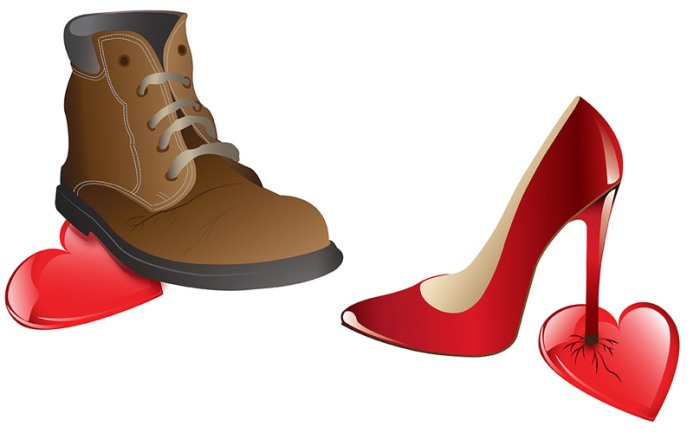 The number one cliche breakup line out there, “it’s not you it’s me” is the absolute worst thing. Really?  You couldn’t come up with anything more creative than that? Seriously?

You deserve better or you’re too good for me are the same thing, and they’re both insanely lame. It’s a nice way for a guy to dump you because of two things: one, you’ll take it as a weird compliment. Two, he ends up looking kind of okay.

He is not dumping you just because he needs to focus on school (or work or whatever). He’s dumping you because he doesn’t care about you enough to make you a priority anymore. If someone really likes you and cares about you, they won’t be like, “Hold on, just need to focus on other things for a while, sorry.” They will make it work.

6. I Need A Little Space

I need space is so incredibly vague that you’re left wondering exactly what he means. How long does he need space for? Why does he need space? Does he eventually want to get back together? There are so many questions left. This is a cliche line, and it’s just lame.

This makes absolutely no sense. But it happens all the time. Girls, he does not like you so much that he just has to break up with you. That’s just… no.

9. You Will Make One Guy Happy One Day

Basically, they’re trying to let you down easy by being like, You’re so amazing. I just can’t be with you. Why? Because I’m so amazing? That makes no sense. If whoever ends up with me is going to be so lucky, then why can’t that someone be you? It’s just a lame way for him to try to dump you nicely.

If he just stops talking to you and starts ignoring you, count yourself as lucky. This guy is immature and too selfish to respect you enough to give you any kind of reason (even a made up one).