DRAMABOI has been in the local news lately for his recent dumping of the Yarona FM awards known as YAMA’s. He has since turnes into a social media motivational speaker and the people are loving it. He has since also hotten himself a lot of following after he allegedly turned down a few bucks in what called it being too narcist. Look into some of the motivational talks. 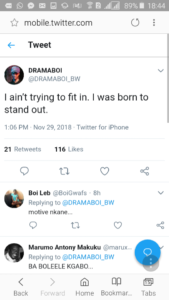 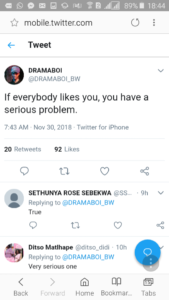