Households know Abdul Khoza for his role as Qaphela on Mzansi Magic’s Isibaya – but it is his outstanding performance in his role as Nqobizitha ‘Nqoba’ Zulu on Showmax’s leading drama The Wife that has earned him a nomination for “Best Actor” for the DSTV Mzansi Viewers’ Choice Award (DMVCA).

In their fourth year –the awards which are held in celebration of local talent in the entertainment industry– hosted a nominations soirée on Wednesday evening, where Abdul was announced as a nominee for the “Best Actor” category. He is vying for the award alongside actors Bonko Khoza, Thapelo Sebogodi, Vusi Kunene and Zolisa Xaluva.

“It’s a real honour to be nominated for the DSTV Mzansi Viewer’s Choice Awards, just the nomination alone means my work is appreciated and acknowledged by audiences across our continent and I am grateful for this. May the best man as voted for by the South African audience win,” said Abdul.

Since ditching his work boots as a fireman to shoot his shot in the acting world – which was kick-started by winning SABC1 reality show Class Act in 2011- his resume has since flourished as it boasts a mix bag of character roles across numerous shows in Mzansi.  These include SABC dramas Intersexions, Tempy Pushas, Mzansi Magic telenovela The Road, drama series Ring of Lies, eTV telenovela Durban Gen, Netflix series Kings of Joburg and currently The Wife.

The prestigious awards will be held at the Sun Arena in Pretoria on the 25th of  June 2022 and will also be broadcast live on Mzansi Magic (DStv channel 161).

Vote for Abdul Khoza on the Mzansi Magic website (both web and mobile), where you get a total of 100 votes on the MyDStv app, where your total number of votes are allocated according to your eligible Rewards level on that platform – please note that this is only applicable to active MyDStv subscribers in South Africa. Voting is free on all the voting platforms and is currently open and closes Saturday, 11 June 2022 at 22:00 (CAT).


ABOUT ABDUL KHOZA
Since winning the second season of SABC1’s actor talent search show, Class Act in 2011 – Abdul Khoza has become a household name nabbing roles in shows including Uzalo. Tempy Pushas, The Road, Durban Gen, Ring of Lies, Kigs of Joburg, Nqonile, Isibaya and currently The Wife on Showmax where he is cast as Nqobizitha Zulu. Abdul is also a musician, writer, martial artist and stunt co-ordinator. He won a South African Film and Television Award (SAFTA) as best supporting actor for his role as Qaphela Ngwenya in Isibaya. Follow Abdul Khoza on Instagram, Facebook, Twitter and TikTok. 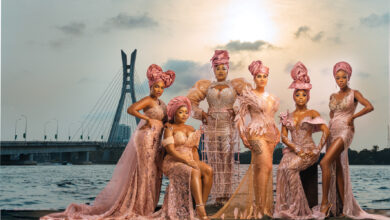 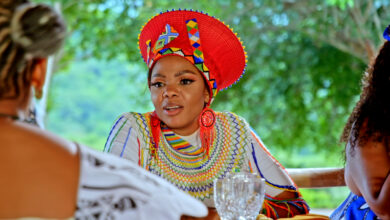