Botswana is among the 3 COSAFA big winners. Zebras forward Onkabetse Makgantai was named Player of the Tournament after three outstanding performances that took us close to the title for the first time in our history. His goal in the final against South Africa was of real quality, while he was also a live-wire in quarterfinal victory over hosts Namibia and the semifinal win against DR Congo. 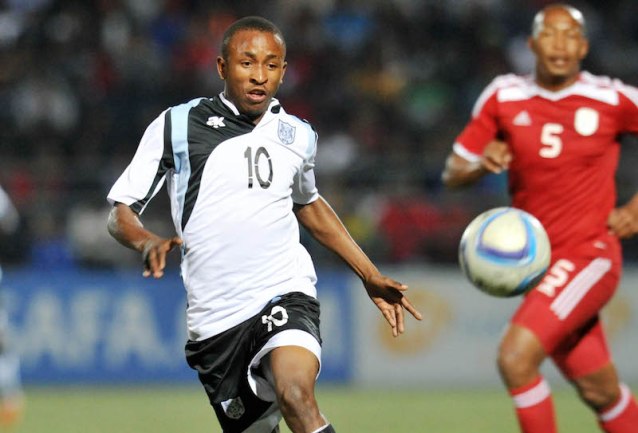 Namibia stopper Mxamillian Mbaeva grew his reputation further as he took the Goalkeeper of the Tournament prize. He conceded just a single goal in the quarterfinal loss to Botswana, but then was rock solid in the Plate semifinals and final versus Mozambique and Zambia.
Mbaeva, who plays for Lamontville Golden Arrows in the South African Premier Soccer League, is a hugely popular player in Namibia having been a stalwart of the national side for some time.
Swaziland midfielder Felix Badenhorst was the Golden Boot prize for his five goals in the competition that saw him top the scoring charts.
Badenhorst bagged braces against Zimbabwe and Seychelles, to go with a further strike against Madagascar in the first round alone.
he was unlucky not to add to that tally in the knockout stages, including the quarterfinal win over Zambia when he had a goal harshly ruled out for offside