Constitutional Review Commission Review Commission has received a cold reception. Organizations, political parties, experts and social media commentators are not pleased with commission is structured and how it was set up.

While some feel that some important stakeholders were left out, others are of the view that the President was wrong not to involve some stakeholders in the process of setting up the commission.

In rejecting the Constitutional Review Commission, Trade Unions have requested for a meeting with President Mokgweetsi Eric Keabetswe Masisi.

‘We commence by indicating and confirming that BOCONGO, BFTU and BOFEPUSU are in synergistic efforts for participation in the process of constitutional review to strengthen the voice of civil society in Botswana.

We have noted that, the President has appointed a Presidential Commission of Inquiry for constitutional review and as well determined its terms of reference, something far from our expectations pertaining to the process of this nature in the context of a functional democracy.

It is against this backdrop that we have written to the President requesting a meeting to discuss the matter.” the three (3) Trade Unions said in a joint press statement recently.

On the other side, political parties also advanced their reasons;

“We wish to put it on record, that our immediate reading of the President’s move is that, it is irrational and unconstitutional. The President has no power to amend the constitution because that power is expressly given to Parliament under Section 86 of the constitution. Shockingly, the President resorted to the commissions of inquiry act for an ulterior motive contrary to what the commissions of Inquiry act envisages, which is that he can appoint such a commission to gain advice for public welfare. What public good or welfare can accrue from a process that does not have the blessing of all key stakeholders? The notice says the commission will submit its recommendations to the president making the whole thing an exercise in futility because as started above the President, a member of the Executive, doesn’t have the power to alter the Constitution even after receiving the recommendations.” – Alliance for Progressives (AP). 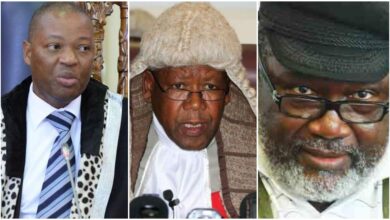