Gogontlejang Phaladi, Botswana’s golden girl came into our lives at such a tender age. The woman in question has warmed her way to a lot of Batswana’s hearts when she was just years old engaging in humanitarian issues and volunteerism. Learn more about this astonishing young woman so that you get inspiration. 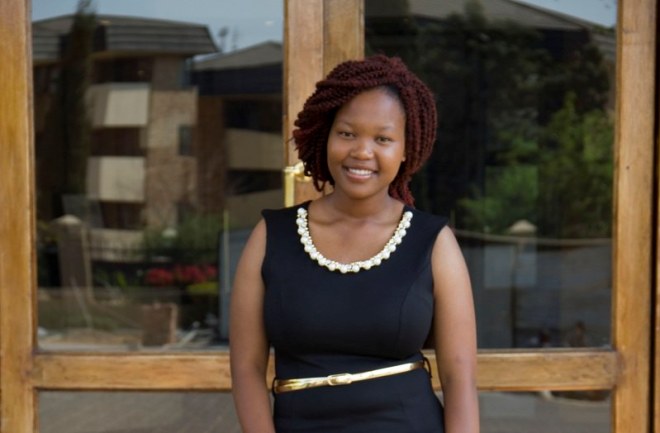 1.  Gogontlejang ‘GG’ Phaladi is a 21 year old young Motswana woman. She is the last born in a family of only 2 girls.

2. Despite being so young, she set up her first initiative and nearly 15 years on she remains the Executive Director of the Gogontlejang Phaladi Pillar of Hope Project (GPPHP).

3. She is the Founder and Executive Director of the Gogontlejang Phaladi Pillar of Hope Project which she established in the year 2000 when she was 5 years old.

4. Her project donates food, clothing and financial assistance to vulnerable people, and provides education and training and empowerment sessions to help them move on. It also runs programs for human rights and advocacy.

5. When she was 12 years old, Gogontlejang  was the youngest speaker during the World AIDS Day Commemoration held the Botswana National Stadium.

6. When she was 17 years old, she was the youngest Radio Presenter in Botswana and one of the very few females presenting a Political/ Current Affairs live call-in radio show.

8 Her words after her mother was hit by a drunken driver. “When something bad and tragic happens to you, first thing you think of is revenge especially in a road crash when you are not at fault. Obviously, I’d want justice to be served, perpetrators never be allowed to drive a car, but there is a lot of irresponsibility on the roads in Botswana. Most often we are taught to just get a license but not to really drive responsibly”.

9. This intelligent and grounded young lady is a student at the University of Botswana studying Political Science.

10. Gogontle labes hereself as an introvert. She also love football after being moulded into being a staunch Zebras supporter and a loyal Township Rollers fan my whole life by her dad.