Botswana’s golden couple is at it again. This time it’s not quite clear if they added a new edition to their impressive car collection or the husband is about to drop something. Whatever the case these two are definitely celebrating something. Vee went on to his social media to share this message with his followers, “Let the celebrations begin #‎walaolaJESO‬.” 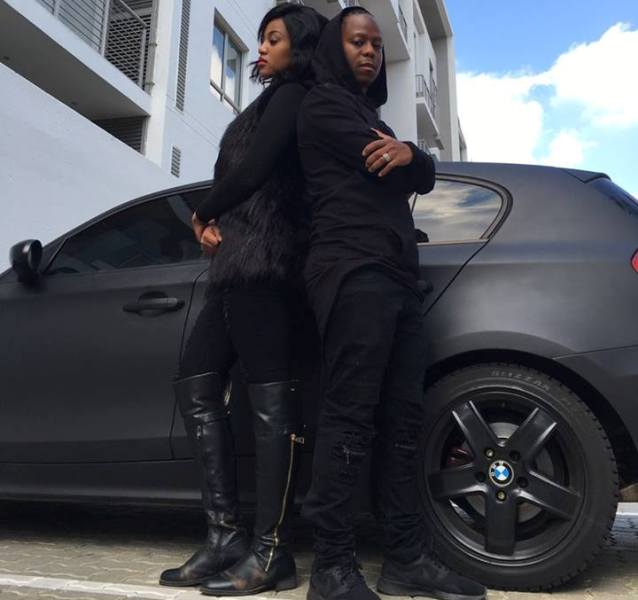 The message was a caption to two pictures that the mega star put on his Facebook and Twitter accounts. The are both wearing black, and are standing to a black car. It was followed by congratulatory messages from their fans. The two just celebrated their 2nd anniversary as husband and wife on the 16th of this month. It was quite a celebration as it marked Vee’s birthday also.

Vee has come a long way from selling his timberland shoes and phone way back to sponsor his first album 10 years ago to being one of the most successful musicians of our time. The young many is setting an example on both his personal and business lives. Whatever you guys are celebrating, we wish you all the best.