Sometimes as a guy, its difficult to tell if a woman is playing hard to get or simply friend zoning you. Its not easy for a woman to turn a man down, so they keep you around until you figure it out for yourself. Here are 10 surefire signs that you’re firmly planted deep enough in the friend zone that it’s time for you to move on. 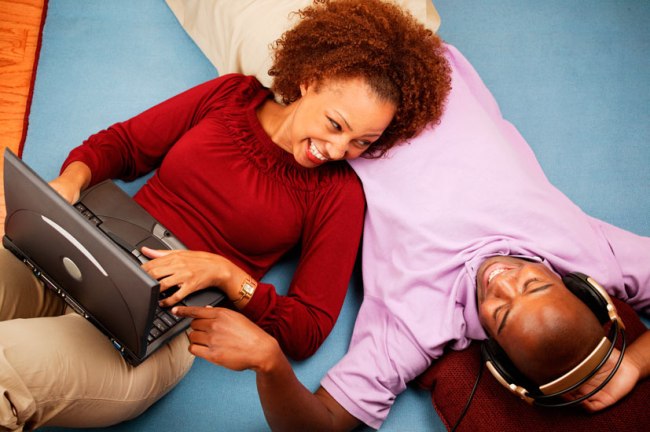 1. She Talks To You About Other Guys.

If she’s telling you about how amazing other guys are, you’re so far friend-zoned that she’s no longer even considering the idea of maybe making you more than a friend at some point. This, of course, excludes celebrities, because even the most romantically interested woman will tell you all about how much better her preferred male actors/athletes/musicians are to you.

2. She Turns Down Your advances In A Nice Way.

This should be pretty obvious, but if you start to put the moves on her and she isn’t feeling it, you may want to start looking for a new potential romance. In classic friend-zone fashion, she probably won’t be mean to you about your mistaken interest, because she won’t want to lose you as a friend over it.

3. You’re The One She Uses For  “Boyfriend-Like” Errands.

It’s awesome that she wants to spend so much time with you, but when a lot of your time together consists of things like going to the supermarket or fixing the hole she drunkenly put in her wall, you might not want to read into it as a romantic gesture.

4. She Feels Comfortable Telling You Everything.

There’s a certain level of secrecy in the courting process that makes the whole thing go smoothly.  If she starts going in depth about her recent trip to the doctor or the drama that unfolded at the end of her last relationship, it’s pretty safe to assume that you’ve been firmly planted in the friend-zone.

5. Her Friends Tell You That You’ve Been Friend-Zoned.

In reality, your friends aren’t going to know any more than you do about where you stand in her eyes. Her friends, on the other hand, may have some inside information from what she’s told them. At the very least, they probably can tell you what’s happened to previous guys in your situation.

If she doesn’t make a pass at you while sober, then there’s still a chance that she just doesn’t think it’s “ladylike” to openly hit on a guy. For now, a lot of women (and men) are much more honest with how interested they are in you when they’ve got a solid buzz going, so if she still doesn’t seem interested in you after a couple drinks, it may just be time for you to accept your role as a friend.

7. She Always tells You What An Awesome Friend You Are.

A lot of the time, when a lady is trying to get the message across to a guy that their relationship will only ever be platonic, she takes an extra effort to tell the guy how much he means to her as a friend. Part of this is probably to reinforce the “friend” aspect, but it’s also likely because she doesn’t want to lose you as a friend when you eventually give up on getting in her pants.

8. You Hang Out Lot, But It’s Never Really A Date.

There’s a fine line between “friendly dining experience” and actual date, but it’s one you have to figure out if you’re going to recognize when you’ve been friend-zoned. The easiest way of determining this one is to go to one restaurant that’s clearly a date spot. Dress up a little bit and go to a somewhat fancy restaurant. Treat it like a date, if she seems weird about it, then it wasn’t a date.

9. She Describes You With Positive Adjectives As Her Dog.

We’d like to be clear about one thing, dogs are awesome. The problem with being described the same way as her dog, is that she (most likely) isn’t interested in being romantically involved with her dog. When she starts to use the same words (friendly, silly, adorable, etc.) for you as she does for her beloved puppy, take that as a serious friend-zone warning sign. After all, it’s (wo)man’s best friend, not anything more.

10. She Recommends Other Women To You.

This can be a tricky one, because sometimes ladies just want to size up their competition and see what you have to say about your other potential options. For the most part, if your romantic interest is talking about other people she thinks you should or may be pursuing, it’s probably not a good sign of her interest in you. She may not want you to date any of those women, but that might just be because some ladies never think anyone is good enough for their friends.