World’s Strongest Man event is coming to Gaborone. Here the strongest men on the planet will congregate, all with one aim, to be crowned The Commerce World’s Strongest Man 2017. This year taking place in Botswana, there will be 5 heats with 6 athletes in each battling for the top 2 spots, securing them a place in The Grand Final. 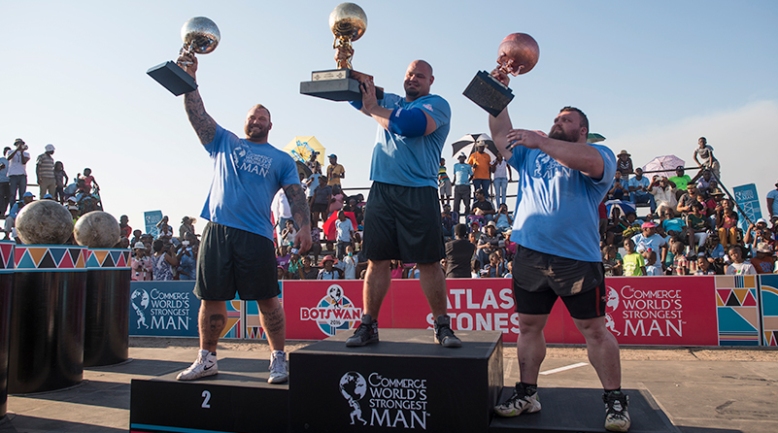 Although we don’t boast buffy men in our midst, it is with great honor that we got chosen to host an event of this magnitude once more. In 2016, the event was held in Kasane, before the backdrop of Chobe National Park’s wild elephants. For 2017, the favorite strongmen will move to the capital city, Gaborone, on the border of South Africa, situated between several non-profit wildlife reserves

The 2017 World’s Strongest Man begins with Qualifiers on May 20th. The even more highly anticipated Finals will take place on May 27th & 28th. More challenging for this year’s competitors will be dethroning Brian Shaw, who has the benefit of defending his two-win streak in familiar territory.