They say it’s a man’s world, but it ain’t nothing without a woman, we couldn’t agree more with the statement. Venson-Moitoi is one of the prominent women in this country who keeps on pushing forward. She has been a vital component of the Ian Khama political infrastructure and is the only minister known to be as relaxed around the president as to say out her mind, including unvarnished truths. Now she is confidently aiming for an even higher office in Africa. 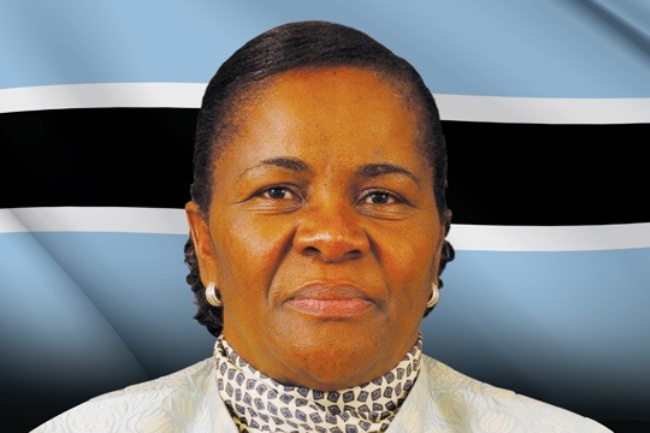 1. Dr Venson – Moitoi started her career as a journalist for a private publication in 1970 until 1973 when she joined the ranks of the Public Service.

2. The Honourable Dr. Pelonomi Venson-Moitoi is the 8th Minister of Foreign Affairs and International Cooperation of the Republic of Botswana.

3. A few weeks after winning the Serowe South Constituency in the 2014 General Elections, Pelonomi Venson-Moitoi made up her mind that it was the last electoral contest that she would have to go through in her career.

4. She is now considered a front-runner to replace Nkosazana Dlamini-Zuma whose term of office as Chairperson of the African Union Commission will come to an end in June.

5. Venson-Moitoi sees herself as a serious competitor for the top continental post which she would be contesting with two contenders from Uganda and Equatorial Guinea.

6. She has the requisite skills, competencies and experience that would catapult Africa’s transformation process, thus unleashing her potential to become an effective and influential player in global affairs.

7. As a strong feminist, she praised the Africa Union’s efforts on the subject of women empowerment promising to take the work done further when she is elected in July.

8. “I am an agent of the sustainable transformation agenda that is geared towards Africa’s transformation process, thus unleashing her potential to become an effective and influential player in global affairs,” she said.

9. As a woman who prioritize education, she handed over primary school books worth P700 000 to the Ministry of Education Skills and Development through the Botswana High Commission in London.