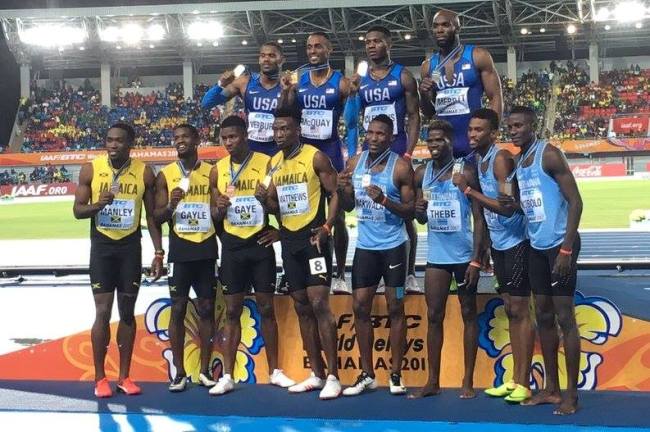 Two-time African Champion in the 400m Makwala kicked off the campaign for Botswana in the final, running alongside USA’s Verburg and Matthew Hudson-Smith of Great Britain.
However, he had a bit of a problem maintaining his pace and handed over the baton to Thebe in 5th position.

The reigning African Champion improved to 4th position, while third-leg runner Nkobolo fought hard to better Botswana’s lot, steering clear of Jamaica’s Martin Manley and Trinidad and Tobago’s Jarrin Solomon and passing on the baton to Sibanda in 2nd place.

In what turned out to be a thrilling final leg, Sibanda was the man to watch out for! The 18-year old who was a finalist at last year’s Olympic Games, kept Merritt on his toes, almost charging past the Olympic Bronze medallist with less than 100m to go.