President Mokweetsi Masisi has been in office for the past 100 years only and he has been receiving so many showers of praises by his people. We could not keep wondering if the Manyana born man is the coolest president ever. In his first 100 years he has managed to receive into the ruling party a number of politicians who had gone into the opposition tags under his predecessor Khama. Moreover most minister who were fingered in different corruption cases were gotten rid off by the first citizen.

He held his opening press conference where he addressed the media for the first time it has ever happened in the Botswana executive positions, the previous presidents only addressed Batswana under parliament sessions only. Just this morning he took to radio what he believed in, what has been of interest to many was that he used a private radio than the usual state radios. He was even seen taking selfie’s with the Yarona FM crew. Here are some of the moments shared by the president at the radio station this morning;

HE IS A FLAT CAPPER 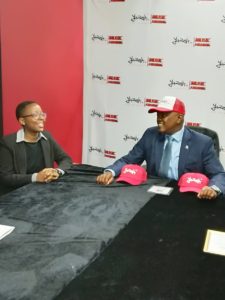 HE IS A CREW MAN 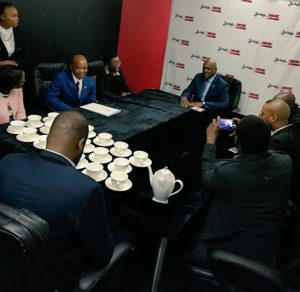