Imagine always visiting abroad places while you are not even aware of what you have in your own country!! We all love to travel, yes! True. But have you for a second thought about exploring the corners of Botswana. Its divine colour and culture is as mouth-watering as the scenery of the most wonderful places it comes to offer. The stunning landscapes, pristine wilderness, and fantastic game viewing and birding year round – with no crowds, the magnificent sunsets and amazing stargazing and the best overall authentic safari experience. Botswana has it all. Be a proud Motswana and visit some if not all of these places while you are at it 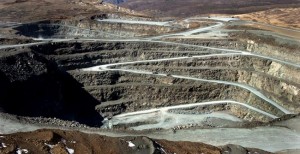 The Orapa diamond mine is the world’s largest diamond mine by area. The mine is located in Orapa, a town in the Boteti Sub-District of Botswana about 240 kilometres (150 mi) west of the city of Francistown. Botswana is a land of diamonds and mining; why not see how it all goes down. 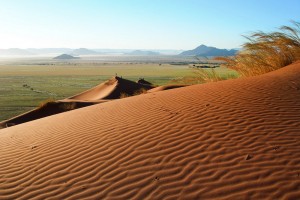 Kgalagadi, meaning “the great thirst” in Setswana is the largest continuous area of sand on earth, touching nine African countries. With an approximate area of 2.5 million km², it extends through 30 degrees of latitude and embraces several ecological zones. a large arid to semi-arid sandy area in Southern Africa extending 900,000 square kilometres, covering 84% of Botswana and parts of Namibia and South Africa. 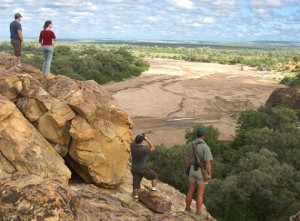 Tucked in the easternmost corner of Botswana, it is a unique, timeless part of Africa with spectacular wildlife, breathtaking landscapes and fascinating history. The Tuli Block is a narrow fringe of land at Botswana’s eastern border wedged between Zimbabwe in the north and east and South Africa in the south. It consists mainly of privately owned game farms offering safari tourism. 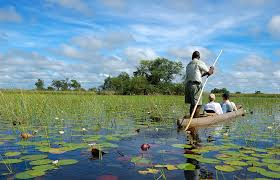 This delta in north-west Botswana comprises permanent marshlands and seasonally flooded plains. One of the unique characteristics of the site is that the annual flooding from the River Okavango occurs during the dry season, with the result that the native plants and animals have synchronized their biological cycles with these seasonal rains and floods. The Okavango Delta is home to some of the world’s most endangered species of large mammal, such as the cheetah, white rhinoceros, black rhinoceros, African wild dog and lion. 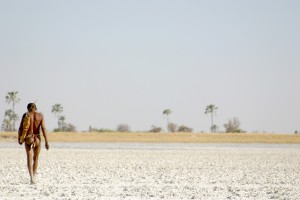 To the south-east of the Okavango Delta and surrounded by the Kalahari Desert is Makgadikgadi Pans National Park, one of Botswana’s lesser known tourist attractions. The name Makgadikgadi implies of a ‘vast open lifeless land’. The pans are located in large areas to the south, east and north-eastern regions of the park. Widely believed to be one of the largest salt flats in the world, it is not always dry. It is technically not a single pan as its name suggests, but many pans interrupted with sandy desert in between, the largest being the Sua (Sowa), Ntwetwe and Nxai Pans. (Baines’ Baobabs and Kudiakam Pan are also part of Makgadikgadi).

The Khama Rhino Sanctuary (KRS) is a community based wildlife project, established in 1992 to assist in saving the vanishing rhinoceros, restore an area formerly teeming with wildlife to its previous natural state and provide economic benefits to the local Botswana community through tourism and the sustainable use of natural resources.  Covering approximately, 8585 hectares of Kalahari Sandveld, the sanctuary provides prime habitat for white and black rhino as well as over 30 other animal species and more than 230 species of birds.

Jwaneng Mine is the richest diamond mine in the world by value. The mine became fully operational in August 1982, when it was officially opened by the then President of Botswana, His Excellency Sir Ketumile Masire. Construction of the mine and the township commenced rapidly, the former coming into full production in July 1982.  Jwaneng Mine is the flagship of Debswana due to substantially higher dollar per carat obtained for its gems. Jwaneng Mine contributes about 60-70% of Debswana’s total revenue.

It is a fluvial island in Botswana, formed in the Chobe River adjacent to the border with Namibia which runs down the thalweg of the river immediately north of the island. The island was the subject of a territorial dispute between these countries, resolved by a 1999 decision of the International Court of Justice (ICJ) which ruled in favour of Botswana. The island is approximately 5 km² in area, with no permanent residents. For several months each year, beginning around March, the island is submerged by floods 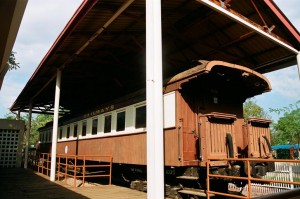 Whilst Botswana has relatively few museums, those that have been set up offer a fascinating glimpse into the country’s culture and heritage. The National Museum and Art Gallery situated in Gaborone is by far the largest and most important, and definitely the one to visit if your time is limited.

In 2000 the former Mabuasehube-Gemsbok National Park was combined with South Africa’s former Kalahari Gemsbok National Park to create the new Kgalagadi Transfrontier Park. The result is a 28,400-sq-km binational park that is one of the largest and most pristine arid wilderness areas on the continent. The park is also the only place in Botswana where you’ll see the shifting sand dunes that many mistakenly believe to be typical of the Kalahari. This is true desert; in the summer it can reach 45°C, and at night it can drop to -10°C.