Tomorrow is a big day for soccer lovers across the country as current log leaders Township Rollers are scheduled to play against South African side, Platinum Stars in a HeForShe target 20 000 campaign. The game will be played at the National Stadium and will be used to educate and encourage participation of players and fans to sign the United Nation HeForShe online campaign. 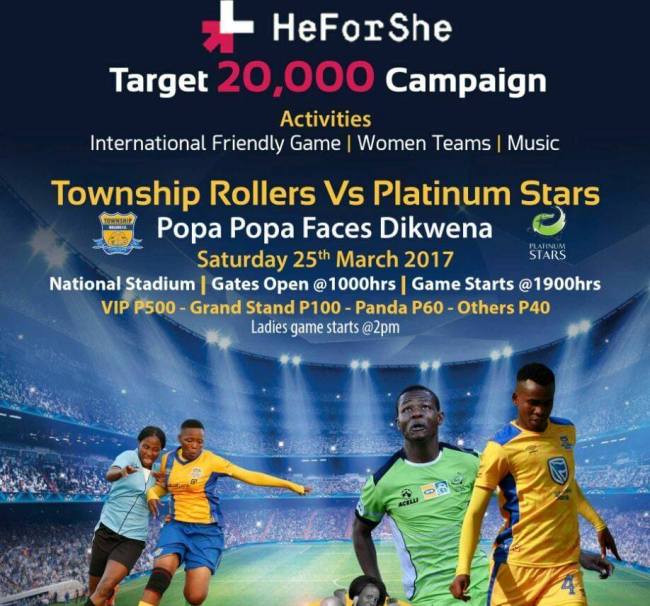 Township Rollers ladies will also play Gaborone United ladies at1400HRS National Stadium on the same date. HeForShe is a solidarity campaign for the advancement of women initiated by UN Women. Its goal is to engage men and boys as agents of change by encouraging them to take action against negative inequalities faced by women and girls.

The game was one of the initiative taken towards the achievement of target 20 000 that was set by Botswana’s HeForShe champion Solly Reikeletseng. This is a UN campaign aiming at bringing men in gender advocacy to show Zero tolerance to inequality.