Sasa Klaas, born Sarona Motlhagodi, is conventionally pretty, she has the physique of a video vixen and she comes off as someone you probably might hit on if they didn’t somewhat terrify you a bit. But beneath that physical appearance is a very talented and composed young woman. She decided to share with her fans a picture of herself as a toddler, with no weaves, make up and revealing clothes. 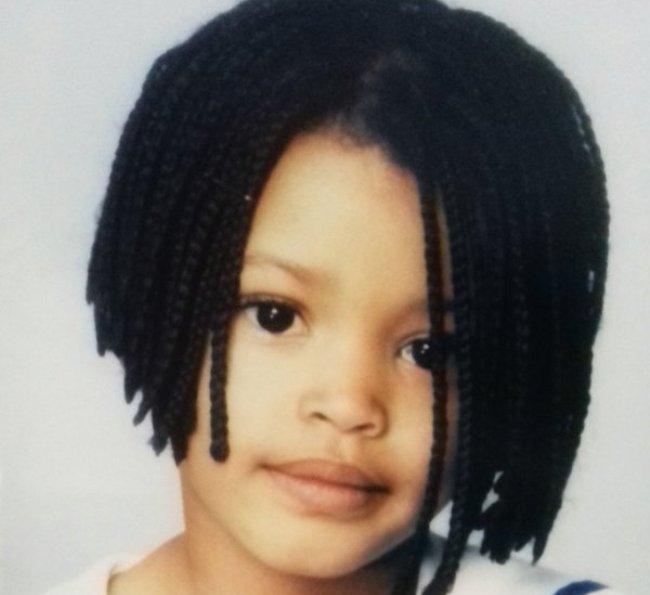 Most people are afraid of sharing pictures of themselves when they were toddlers. Simply because back then, you could not do nothing to filter and enhance pictures, henceforth the pictures are not that desirable, they deserve a back spot in the family album. Sasa looks so sweet and innocent on this picture. It is quite clear that her current beauty is not fake, she comes from way far with these things.

Over the past two years Klaas has collaborated with notable artists such as Scar and Stagga and featured on the No Sleep remix with the Award winning Gigi LaMayne. Her singles have crossed continents and garnered her international recognition, all without a whole body of work to her name.