Across the world beauty has always been the paramount crown of a woman’s status; it is without a doubt that many women have earned themselves a thing or two simply because of the way they look. 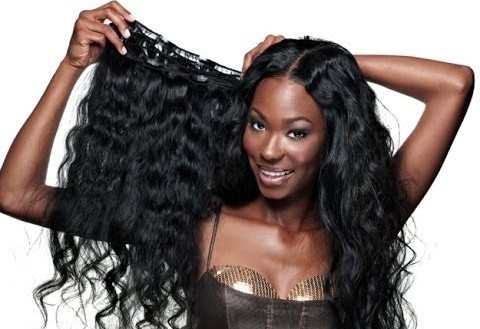 Granted, it has put a lot of pressure on so many young women to such an extend that they go to extremes to look appealing and get recognized in the society. The easiest and most successful transformation being the hair. One is able to change their look every day of the week by simply putting on a different hair extension any time they wish.

Now this has come as a challenge to the African and African American women who are labelled as fake because of the soft blonde weaves and wigs they wear. They are considered as less African and a shame to their roots, and some label them as being unnatural. Every now and then you are bound to come across a Facebook status reading, “You have fake hair and fake lashes, but you are looking for a real man”, followed by supporting comments.

What is considered real and African, and who sets these standards? Can such a small thing like the texture and originality of your hair determine where you belong? Culture is dynamic, a lot of things have changed, we are no longer riding donkeys, we are no longer wearing animal hides, we have moved on and no one is judging, why can’t we do the same when one chooses to wear their hair a particular way?

Some women have even went bold to appear macho and tough, to be ‘truly African.’ If only it was obvious that white women and celebrities also wear weaves, the world would be a better place for the ordinary woman. The beauty of anyone is skin deep, what women do with their physical appearances in this day and age is to simply feel good as women, to enhance femininity.

I AM NOT MY HAIR!